Brief History Of The Relationship Between Ukraine And Russia: Part 2

As the headline shows, this is the second installment to a previous publication regarding the Ukrainian-Russian relationship until the 19th Century. Nonetheless, if desired, this second part can be read independently of the prior publication. This piece focuses on the 20th and 21st Century milestones to understand today’s conflict between Ukraine and Russia, according to Serhy Yekelchyk. I will be following and briefly summarizing an article he wrote last January.

With the collapse of the Russian monarchy after the 1917 revolution under the strain of political discord and war, patriotic Ukrainians established their own coordination body, the Central Rada, which soon developed into a revolutionary parliament. Under the name of the Ukrainian People’s Republic (UNR), the Russian Provisional Government granted Ukraine autonomy. Shortly afterwards, the Bolsheviks took control of the provisional government, refused to recognize the UNR and subsequently invaded Ukraine to include it in the newly created Soviet state. In response, the UNR signed a peace treaty with the Central Powers in Brest before de Bolsheviks did the same and declared complete independence in January 1918. Correspondently, «the German authorities installed a Ukrainian monarch under the historic title of Hetman». But, after the end of World War I, the UNR returned to power and proclaimed the unification with the former lands of the disintegrated Austro-Hungarian Empire. As often happens, the UNR could not survive «the titanic civil war (1917-1922) between the Russian Reds and Whites, as neither power recognized Ukrainian sovereignty».

Nevertheless, the precedent of Ukrainian independence forced the Bolsheviks, once they fully controlled the Russian territory and government, to create the Soviet Ukrainian Republic, which in 1922 became a founding member of the Union of Socialist Soviet Republics (USSR).

However, in the early years of the 1930 decade, Stalin implemented an active policy intended to crush the Ukrainian political nation developed during the Revolution. In Ukraine is known as the Holodomor (murder through starvation), a state-engineered famine during 1932-1933 in which some 4 million Ukrainian peasants perished. «There is an increasingly accepted worldwide interpretation that considers it a genocide, but which Russia rejects. Furthermore, Stalin destroyed the Ukrainian political elite and began promoting the tsarist notion of Ukraine as the Russians’ «younger brother».

A short time before the outbreak of World War II, Stalin and Hitler made a secret pact on the division of East-Central Europe between them. This event ended Lenin’s dream of bringing the communist Revolution to Western Europe as it created a stalemate. «In September 1939, Stalin invaded Poland and incorporated into the Ukrainian SSR (Soviet Socialist Republic) lands that Poland had kept after its brief war with the Bolsheviks in 1919».

As the war reached its final tract, W. Churchill and F. D. Roosevelt allowed Stalin to keep these territories as his spoils of war under the agreement made in the Yalta Conference of 1945.

Later, under party leader Nikita Khrushchev, the Ukrainian SSR incorporated nearly all the remaining territories with an ethnic Ukrainian majority. Thereby achieving the Ukrainian patriots’ longstanding aim of creating a united Ukraine, but within a limited course of cultural assimilation into Russia rather than promoting an autonomous Ukraine. Until the 1960s, Ukrainian nationalists did not stop their armed resistance to Soviet rule in the formerly Polish territories. 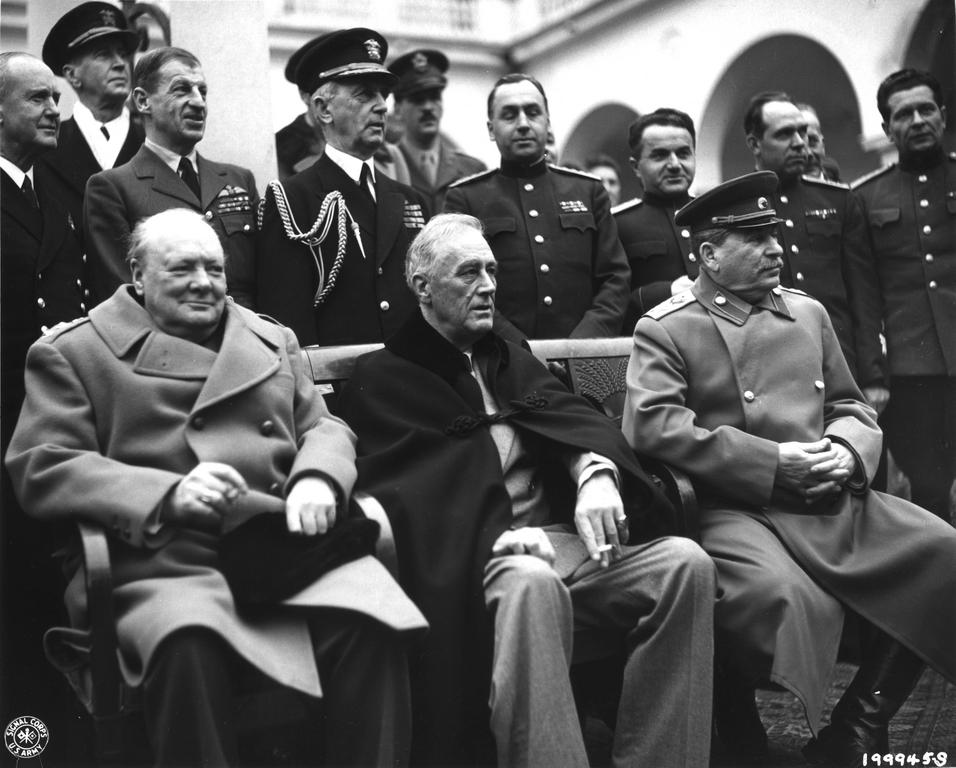 1954: Transfer of the Crimean Peninsula

Because of the peninsula’s strategic significance, Crimea became an autonomous republic within Russia in 1921. During the 1920s, the Soviets promoted the culture of the Crimean Tatars, who had lived there since the 13th Century. Neither Russians nor Ukrainians constituted a majority there. However, when the Red Army retook Crimea from Nazi Germany, Stalin ordered a forced deportation of the Tatars. «As a result of this deportation, ethnic Russians became a numerical majority virtually overnight.»

In 1954, to commemorate the 300 years since Pereiaslav, Khrushchev ordered the transfer of Crimea to the Ukrainian SSR with the condition to rebuild it and supply it with fresh water after the destruction suffered in WWII. The political aim was to gratify the Ukrainian bureaucrats comprising Khrushchev’s power basis and, perhaps, «to add culturally Russian counterweight to the recently incorporated nationalists western regions».

1991: The collapse of the Soviet Union

After Mikhail Gorbachev’s political and economic reforms and the Soviet Union’s imminent collapse, Boris Yeltsin’s administration did not try to preserve the Soviet federation but sought an independent Russia. A referendum in December 1991 in Ukraine marked the end of the union, and Russia, Belarus and Ukraine initiated its formal dissolution. However, «with economic reforms stalling in the early 1990s, Yeltsin and other Russian figures increasingly appealed to domestic nationalists nostalgic for the Soviet empire by criticizing Ukrainian cultural policies and questioning the transfer of Crimea.»

2014: Annexation of Crimea and the war in the Donbas

When a popular revolution removed the pro-Russian President Viktor Yanukovych to bring to power a pro-Western force, Russian authorities took advantage of the political turmoil to establish military control over Crimea. With the idea that the local Russian majority would support the incorporation of the peninsula into Russia, a referendum took place. However, it produced implausible results on the international stage and aside from a few pro-Russian states like North Korea, Syria and Venezuela, the world community condemned the annexation.

In the face of punitive Western sanctions, Russian authorities in Crimea repressed local Ukrainian and Crimean Tatar activists. Furthermore, once Russia ensured its control over the territory, it fomented rebellions in other southern Ukrainian provinces where the dominant regional parties had long cultivated pro-Russian attitudes. Despite Russian efforts, the strategy only worked in the Donbas.

When the Ukrainian government tried to re-establish control, «Putin’s administration covertly sent regular army units to support the pro-Russian separatists and Russian «volunteers». Until the fall of 2015, there was an active war, with a renewed escalation in 2017 and early 2020, resulting in an estimated human cost of 14,000 killed and 1.5 million displaced.

2021: The build-up of Russian troops and the ultimatum to the West

«The war in the Donbas never formally ended; low-intensity fire is a daily reality, and casualties are reported every week». There was an attempt to chart a peaceful path to resolve the conflict in 2015 with the Minsk Protocol, signed during a summit in Belarus. But it remains blocked due to specific unacceptable points to Ukraine and Russia. Ukraine won’t accept the proposal to allow local elections in the two «peoples republics», despite the presence of Russian troops, without having established control over its border with Russia. The latter won’t acknowledge the existence of its forces, even less withdraw them.

Later in 2021, «Western and Ukrainian agencies released information about a massive build-up of Russian troops along the Ukrainian border and the preparation for a possible invasion». Russian authorities insisted on the military training nature but also issued an ultimatum to the West demanding written guarantees against NATO’s further expansion in the East. Moreover, Russia insisted on halting any NATO military cooperation with other post-Soviet states.

If you missed it read the Part 1: Brief History Of The Relationship Between Ukraine And Russia

Brief History Of The Relationship Between Ukraine And Russia: Part 1